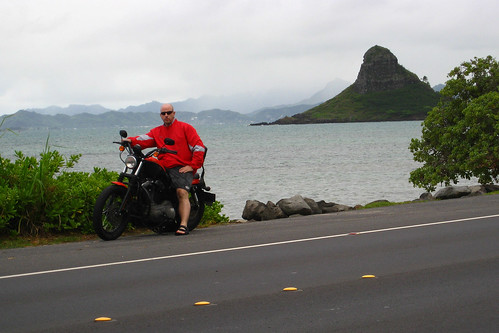 I rented this Harley-Davidson Nightster XL1200N during my stay in Hawaii. This picture was taken just north of Kaneohe Bay, near Kualoa Park on the windward side of O’ahu island. The pointy-shaped island in the background, is called: Mokoli’i. It is also known by the nickname, "Chinaman’s Hat," due to the obvious resemblance to a hat.

Price: (as of – Details) Motorcycle Biker Pant Bungees with iron cross medallions keep your pant legs pulled down while riding to keep the air from rushing up your legs. Includes two bungees.Iron Cross Motorcycle […]