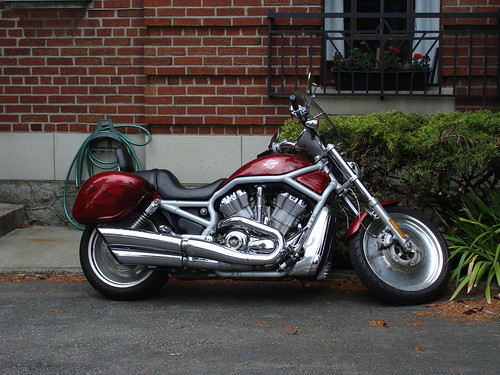 The Harley-Davidson VRSC (V-Twin Racing Street Custom) family of cruiser motorcycles was introduced in 2001 in a single model called the V-Rod. The V-Rod was developed by Harley-Davidson to compete against Japanese and American muscle bikes. The "V-Rod" made use of the Revolution engine, developed jointly with Porsche that, for the first time in Harley public production history, features overhead cams and liquid cooling. The V-Rod is visually distinct from other Harley-Davidson motorcycles. It can be easily identified by the 60-degree V-twin engine, the radiator and the hydroformed frame members that support the round-topped air cleaner cover