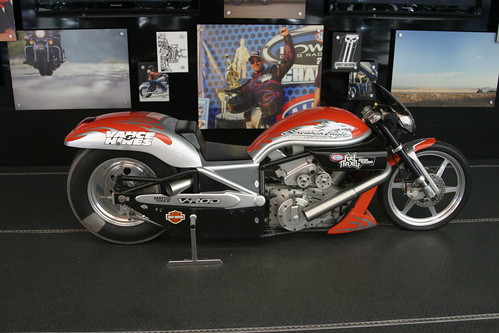 "We had one of our most successful seasons ever in 2009," said Screamin’ Eagle / Vance & Hines team owner Byron Hines, "except that we did not retain the championship that Eddie earned with the team in 2008. In 2010, we’ll be racing to put the number 1 back on one of the Screamin’ Eagle V-Rods."

Before the fifth race of the 17-event 2009 season, the NHRA increased by 20 pounds the minimum weight of the team’s V-Rod bikes, from 620 to 640 pounds, part of NHRA’s ongoing efforts at maintaining competition and parity within the category.

The minimum weight of Buell (625 pounds) and Suzuki (595 pounds) motorcycles was unchanged. For 2010 the team will further develop the transmission to accommodate this added weight, according to Byron Hines.