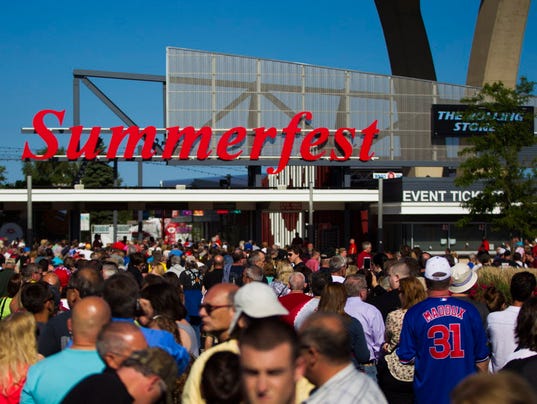 Harley-Davidson will be roaring along for at least five more years at the Big Gig.

The announcement was made Thursday during a meeting of the Milwaukee World Festival board of directors. Financial details were not disclosed.

“We greatly appreciate Harley-Davidson Motor Company for their continued commitment to Summerfest, the ethnic and cultural festivals, and our community,” said Don Smiley, president and CEO of Milwaukee World Festival, Inc.

Harley-Davidson has been a Summerfest sponsor since 1997.

“Harley-Davidson is proud to support events in our hometown and we couldn’t be more excited to extend our commitment to Summerfest as we kick off the festival season and Summerfest’s 50th celebration in a few weeks,” said Joanne Bischmann, Harley-Davidson’s vice president and chief communication officer.

We just completed the trike conversion on this 2001 Harley-Davidson Ultra Classic. Our customer will now take it to his painter and have it matched to the custom paint on the bike. He chose California […]

Mike “Copper Mike” Cole of Gravesend Cycles specializes in custom hand-built motorcycles and parts. He hammered out the gas tank, forward controls and floorboards. The bobber is stretched 4″ in the rear. Paint is provided […]

Detailed Review and Test Ride of the new 2017 Harley-Davidson Road King. Buyer’s Tips and information geared around helping you make an educated purchasing decision. Walk around highlights and point of the H-D Road King. […]