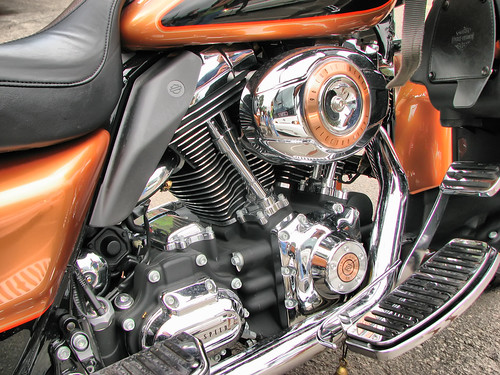 The classic Harley-Davidson engines are two-cylinder, V-twin engines with the pistons mounted in a 45° "V". The crankshaft has a single pin, and both pistons are connected to this pin through their connecting rods