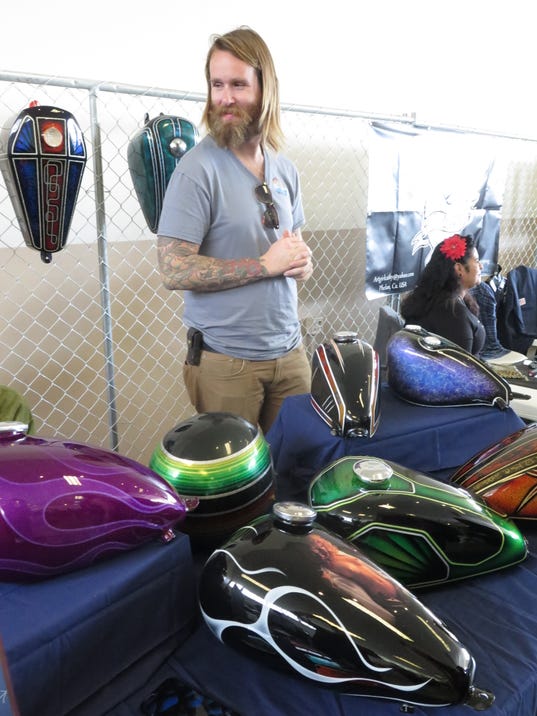 Joel Meyer-England poses with some of his hand-painted motorcycle tanks at the 2016 Chopperfest. This years’ event will be from 11 a.m. to 4 p.m. Dec. 10 at the Ventura County Fairgrounds.(Photo: CONTRIBUTED PHOTO)

Originally the brainchild of David “Huggie Bear” Hansen, owner of The Shop in Ventura, Chopperfest became much more than a showcase for custom motorcycle design when famed artist David Mann died in September 2004.

The grief felt by the two-wheel world found expression as those who loved and respected Mann lined the stage with his wife to honor him just three months after his death, said Tory DuVarney, coordinator of the David Mann Chopperfest.

“The love for both the artist and the lifestyle he envisioned blended perfectly through a huge showing of his original art, and an equally huge showcase of custom motorcycles,” said DuVarney, of Ventura. “Bike builders from across the nation came to both honor David Mann at his passing and welcome the birth of his signature event.”

The chopper festival has evolved into a 25-acre, multimedia art exhibition at the Ventura County Fairgrounds, with this year’s 14th annual event set to run from 8 a.m. to 4 p.m. Dec. 10.

Artists and builders from around the world are expected to converge to pay tribute to Mann, who was considered the Norman Rockwell of the biker world. 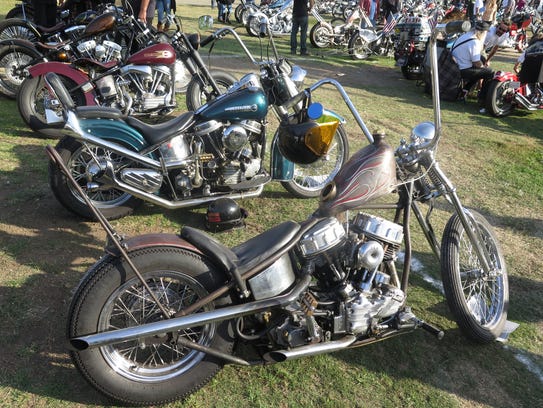 Custom, vintage Harley Davidson bikes are displayed at the 2016 Chopperfest. This years’ event will be from 11 a.m. to 4 p.m. Dec. 10 at the Ventura County Fairgrounds. (Photo: CONTRIBUTED PHOTO) 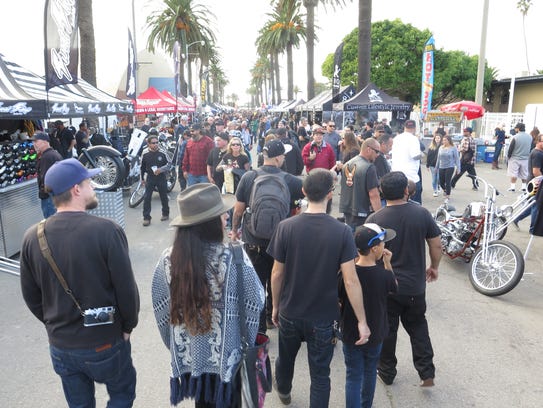 Visitors check out the main street at the 2016 Chopperfest. This years’ event will be from 11 a.m. to 4 p.m. Dec. 10 at the Ventura County Fairgrounds. (Photo: CONTRIBUTED PHOTO)

In addition to hundreds of motorcycle and custom culture vendors on site, there also will be music, including country, rock and blues. Food and refreshments will be available for purchase throughout the day, including barbecue, Mexican and 805 Beer.

Jessi Combs, a custom automotive metal fabricator and chief information officer of RealDeal, will offer MIG-welding and pin-striping demonstrations, as well as judge the ladies show class with other women from RealDeal.

“Yes, there is a class for females to enter their custom bikes,” said Combs, of Long Beach. “The first year we had one bike enter; the second year we had three enter. This year, we hope there will be many more.”

The women involved with RealDeal aim to share their skills with the female and younger generations “so we can see more custom touches on their bikes and projects in the future,” Combs said. Katt Mercy paints Christmas tree ornaments for sale at the 2016 Chopperfest. This years’ event will be from 11 a.m. to 4 p.m. Dec. 10 at the Ventura County Fairgrounds. (Photo: CONTRIBUTED PHOTO)

“We want more people getting hands-on and being involved in their builds,” she said. “We want them to know the right way of doing it and feeling confident about the safety and aesthetics of their bikes. We want more women to know there is a place for them in this world.”

New offerings this year include a performance by award-winning outlaw country artist Gethen Jenkins and his new band.

Additionally, this year will showcase a motorcycle built by Jason Wilson from the television show, “Sacred Steel Bikes.” The 1970s style, custom painted “long bike” was inspired by a Mann illustration titled “Freedom of the Road.”

In other event highlights, Biltwell Inc. and some of Chopperfest’s favorite artists have partnered to produce 11 custom, one-of-a-kind motorcycle helmets to be auctioned at the Chopperfest Art Show.

Proceeds from the silent auction will go to Cathy “Chica Fink” Mejia, a custom culture artist who was recently in a debilitating motorcycle accident; and the Wounded Warriors Project, a military and veteran charity service organization that strives to empower injured veterans and their families. 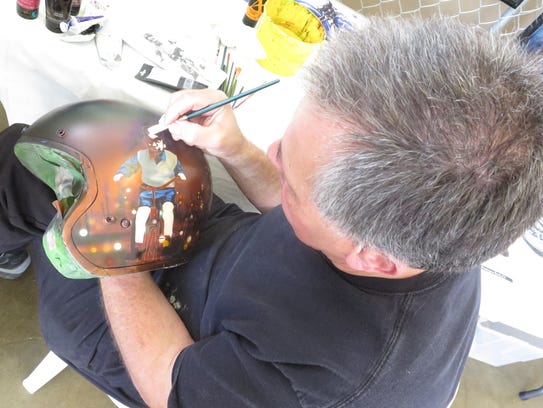 Jack Knight paints a motorcycle helmet at the 2016 Chopperfest. This years’ event will be from 11 a.m. to 4 p.m. Dec. 10 at the Ventura County Fairgrounds. (Photo: CONTRIBUTED PHOTO)

This year they chose “Family,” an illustration published in Easyriders magazine in 1986 that depicts a panoramic view of the unity and camaraderie of motorcycle culture. Guests can purchase posters, T-shirts and jackets with this limited-edition design at the event.

“We’re expecting 4,000 to 5,000 attendees this year,” DuVarney said. “The ultimate goal is to pay tribute to artist and friend, David Mann, and to showcase builders and artists who are inspired by him.”