This is the first time I am adding to the Team-Bhp repertoire so please excuse me in case I fumble!

I have always been an automobile enthusiast, trying to drive / ride whatever I can get my hands on. And a part of me was always inclined towards the two-wheeler category! I have previously owned a Kinetic Zing, Honda Activa, Yamaha FZ-S and a RE Thunderbird 500 (one at a time and in the same order). Though the usage of these has always been to the bare minimum, for example, i sold the Zing at 1064kms on the odo in 4 years, the Activa at ~3000 kms, FZ-S at ~7500kms. The longest duration for which I ever held on to my bike was with my Beast (The RE Thunderbird) where I clocked ~11,000 kms in 7 years!

Come this year, I decided to call the Beast from Gurgaon since I was in Lucknow ever since covid hit this planet and Beast was there dry and sly for ~2 years. I specifically told the packer & mover to wrap it and bring it in the same shape for which they even charged me extra for not overloading the truck with other’s stuff. Much to my dismay, I got the bike delivered with a dent on the top of the fuel tank because some idiot loaded an end of someone’s furniture on it! I will admit that even though the dent was there, it was not too evident and neither had any scratches on the paint surface, but it was just not how I was used to looking at my beauty! My heart sank every day at the sight of it (I may sound melodramatic but people who take utmost care of their rides will understand ) and that is when after a couple of months I decided to sell it off.

I anyway didn’t use it much and so randomly mentioned my plan to a friend who said he would love to buy it from me. I was happy for the beast, I would still get to see it and knew it will still be in the friend circle (my FZ-S was also bought by one of my friends who still uses it to this day, so in a sense I am happy for both).
He took it to show to his wife and family once and confirmed the deal the next day. Now, as soon as the deal was confirmed, i started missing the motorcycle experience already! I had the bike with me for a few days before he would pick it up and I tried to find excuses every day to ride it. During this time I was invited by a very close friend (and an elder brother to me) who I was meeting after a long time. He was always a superbike enthusiast and I only realised how big his collection grew over these years (Yamaha R1, Ninja ZX-10R, Harley Dyna Fat Bob and Ducati Monster), noticing my over enthusiasm, he asked me if I would want to go for a short city ride while driving one of them!
I was super excited and shit scared at the same time; the best that I had done thus far was the continental GT!
I started on the Ducati but didn’t feel comfortable with the riding posture so immediately switched to the Harley. It was a calm and short, 15km ride but boy-o-boy, what a pleasure!

After the drive, I gave myself the ultimatum, I have to buy one of these! Let’s make the big jump and enter the big engine category! I anyway was never a mile-muncher and it would not hurt to have such a bike for leisure drives. But I was now clinging on the big question, which one to buy.

I initially started looking for the Iron 883, with 883cc engine, almost twice of the beast and with all the power, pleasure and experience you need. I was locking horns with this one while discussing with my younger brother, and it was then when he reminded me of my promise, that “the beast will be my last bike ever” (that’s the reason I gave for jumping from 350cc to 500cc). While the comment was meant to remind me of my commitment, I instead got attached to this thought process of mine, that I will very soon start to regret the decision of buying a 883cc instead of the bigger available ones (same as the 350 vs 500 dilemma!).

I decided to explore and study the Harley Davidson 48 next. It was a 1200cc motorbike, good fat tyres and lots of presence but the 7 litre tank size was the one big drawback. At 7 litres, I could not even imagine going on a short road trip, you will need to refill after every 5 litres!! I was already stretching my budget with the 48 and now even that stopped making sense so I started to explore other options like the Harley Davidson Sportster S, Indian Scout Bobber, the Triumph Bonneville and eventually even the BMW R18. While all these motorcycles were strong contenders, the absence of service centers (of Triumph and Indian) in Lucknow was a worry. It was during this time when I came across an as-good-as-brand-new Harley Davidson Fat Bob 107 which had just 220 kms on the odo. I was skeptical at first about driving a mammoth but driving the older version of the same bike had given me some confidence.

I started to explore a lot more on the internet, with the Fat Bob sitting at a huge 1740cc engine, it was massive in looks and appeal while sharing the same engine with its elder brother – The Fat Boy! But what appealed to me the most was the all blacked out finish and a versatile handling experience on the road especially around the corners.

I will not go into the details of reasons for rejecting the other probable motorcycles at this price point but in a nutshell, the fat bob provided me the best of both worlds, with a sporty feel & handling within city limits and comfortable long cruises on highway, it was a perfect blend!

As of today morning, I was able to breach the 3000 km mark (thanks to the Sunday rides that I have started to be a part of recently), and have a few observations on the motorbike.

But first, let me introduce – Mjolnir! (and a few mods I did thus far)

Love the futuristic headlamps; changed the front turn indicators from stock circles to this rectangular ones, feel more in line with the head unit!
note the 150/80 section front tyres

The rear sits at 180/70; got the additional tail lamp to minimize the gap between the rear fender and tyre!

Got these performance exhausts from rinehart!
not too loud and have a claimed 10% performance boost, inline with my eventual plans for a stage-1 mod!

The wide drag bars are super comfy and provide great leverage on the mammoth to breeze through traffic even at city speeds!
Got the side mirrors inverted for a classy look and better visibility in the ORVMs

Our group from today’s ride! (somewhere on way to Ayodhya)

Now, back to the observations:

) –
• The forward foot controls (can be challenging to start with at first but are now a breeze, super comfortable for highway rides)
• The heat (obviously!); even though these are a lot more engineered, I guess this is the problem with almost all superbikes (the only ones to stand out are the Japanese inline 4 like Kawasaki Ninja and Honda Fireblade etc.; even the Ducati heated up quite a bit!)
• The stock seat, though comfortable, can be a lot better; the same is with stock foot pegs / brake + gear levers
• Ground clearance – at 120mm, it will scrape almost every bump esp. if you have a pillion (got protection plate installed for the same thing)
• Lack of tech available in (most) modern bikes; the sportster s, nightster and Pan America are a lot more loaded even from the HD stable
• The weight – at 306 kgs, it is a task to manoeuvre this at crawling speeds, more so if you are stuck!
• Fuel tank – at 13.6 litres, it is still quite small but no complaints comparing to the 7 litres in 48  (the fuel cap does not have any provision to lock either)
• Service costs – these are serviced at a much higher price compared to the Japanese or British competitors

The Best –
• Road presence – it is a head turner; I get loads of people pulling up at red lights to enquire/admire!
• The design and performance fusion – the headlights look futuristic and appealing while the performance is true to the original Harley Davidson standards
• The blacked out theme and fat tyres give it a rather macho-muscular look
• The Milwaukee-eight engine – smooth and responsive, loaded with 145 Nm of torque and ~ 100ps of power, it’s a blast to drive. (There are no official 0-100kmph figures but in my research I came across claims in the category of ~3.7 secs; at sub 4 second mark, it is rather impressive for a non-sports bike)
• The 306 kgs and build quality, it makes the bike so damn stable at highway speeds, you can cruise at high speeds without a fuss (though the windblast will unsettle you for the lack of front visors!)
• The drag bars – huge, wide bars provide a great leverage over the bike and make it effortless to manoeuvre at riding speeds
• The super torquey motor makes 3rd gear feel like an automatic; you can pull from as low as ~25 kmph all the way to 125 kmph without a fuss!
• The exhaust note – with the Rinehart in place, it is not obnoxiously loud and provides the perfect thump that Harley’s are originally known for
• Good dealer / service network (comparatively) and the chances of a better resale value
• The proportions of the bike and low seating height make it a perfect pair for someone of my stature ( I am almost 5’ 9” and 72 kgs)

All said and done, I am super happy with my purchase. The thrill and exhilaration that this motorcycle brings to me is inexplicable!
With the comfortable weather kicking in and recent weekend rides, I am getting to bond better with the Mjolnir. The future plans are for the next set of mods to complete stage-1 coverage (hopefully sometime early next year) but for now, this encompasses all that I need! 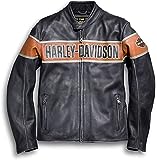 (11)
$139.99 (as of February 4, 2023 18:58 GMT +00:00 - More infoProduct prices and availability are accurate as of the date/time indicated and are subject to change. Any price and availability information displayed on [relevant Amazon Site(s), as applicable] at the time of purchase will apply to the purchase of this product.) 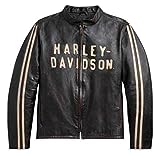 (4)
$225.00 (as of February 4, 2023 18:58 GMT +00:00 - More infoProduct prices and availability are accurate as of the date/time indicated and are subject to change. Any price and availability information displayed on [relevant Amazon Site(s), as applicable] at the time of purchase will apply to the purchase of this product.) 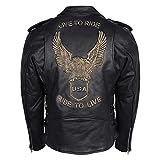 (794)
$129.95 (as of February 4, 2023 18:58 GMT +00:00 - More infoProduct prices and availability are accurate as of the date/time indicated and are subject to change. Any price and availability information displayed on [relevant Amazon Site(s), as applicable] at the time of purchase will apply to the purchase of this product.)

(11)
$139.99 (as of February 4, 2023 18:58 GMT +00:00 - More infoProduct prices and availability are accurate as of the date/time indicated and are subject to change. Any price and availability information displayed on [relevant Amazon Site(s), as applicable] at the time of purchase will apply to the purchase of this product.)

(4)
$225.00 (as of February 4, 2023 18:58 GMT +00:00 - More infoProduct prices and availability are accurate as of the date/time indicated and are subject to change. Any price and availability information displayed on [relevant Amazon Site(s), as applicable] at the time of purchase will apply to the purchase of this product.)

(794)
$129.95 (as of February 4, 2023 18:58 GMT +00:00 - More infoProduct prices and availability are accurate as of the date/time indicated and are subject to change. Any price and availability information displayed on [relevant Amazon Site(s), as applicable] at the time of purchase will apply to the purchase of this product.)